Want to learn how to dance like a male stripper? I’ve complied together my top tips and advice that will help you dance like magic mike and learn the art of a male stripping dance style. 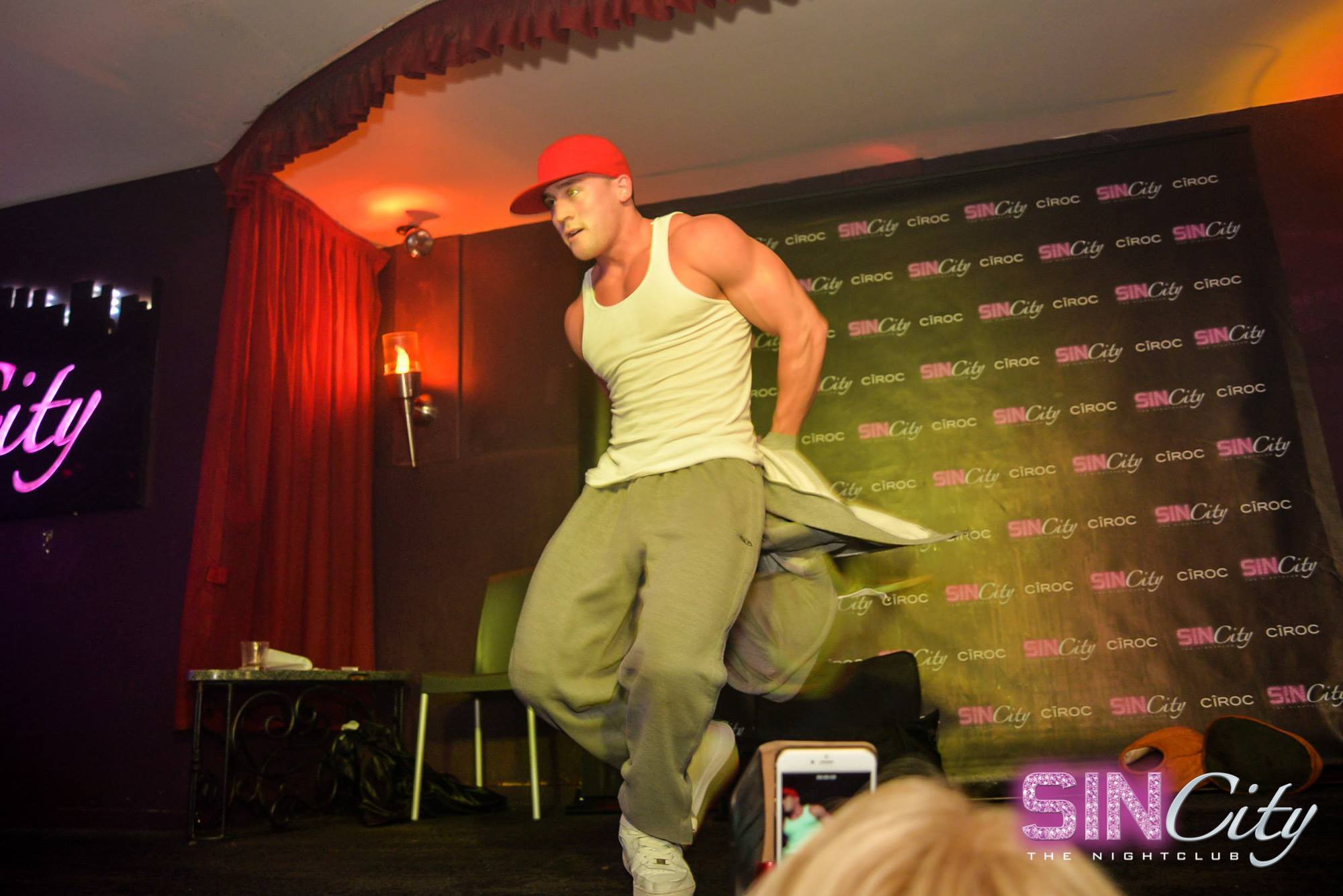 Male strippers dance differently to most commercial dancers you will see in music video clips and on films.

Dancing is an expression of emotions and feelings through body movement, It’s the ability to demonstrate an emotion connection with a song.

Male strippers are trained to show sexiness through moving their body in a seductive way. Its a type of dancing that not many would be commercially trained in, due to its unique nature.

Below is some of the most helpful tips I was taught by some of the best dancers in the world, and I hope you can learn some key factors that makes male stripping such a unique type of dance.

how to become a male stripper

Controlling your movement speed and showing a contrast in fast and slow dance moves, is crucial for atheistically pleasing dancing.

The ability to completely slow down one dance move, and control every inch of movement in your body, will focus the audiences attention to detail.

Now depending on the type of dance move you are doing, you can direct their focus to different parts of your body.

When dancing with your top off, this can be used to your advantage, by directing their focus from your chest, down to your torso and then eventually leading their eyes to your hips.

A perfect example of this would be doing a very slow body roll in the middle of your choreography. The normal pace of your hip hop dance moves will be pleasing to watch initially, but you will have their undivided attention when you immediately break the pattern of speed.

Once you begin doing the slow body roll down to your hips, followed by some slow hip grinding, they audience will see the contrast of speed in your dancing.

The sudden slow, and sexual body movement will focus their thought on your body and captivate their imagination.

The sexiest dance moves usually come from the hips. This is evident in latino dancing, where much of the sexual body movement is generated from the hips.

As a male stripper, your should learn how to move your hips from side to side and in a circular motion. 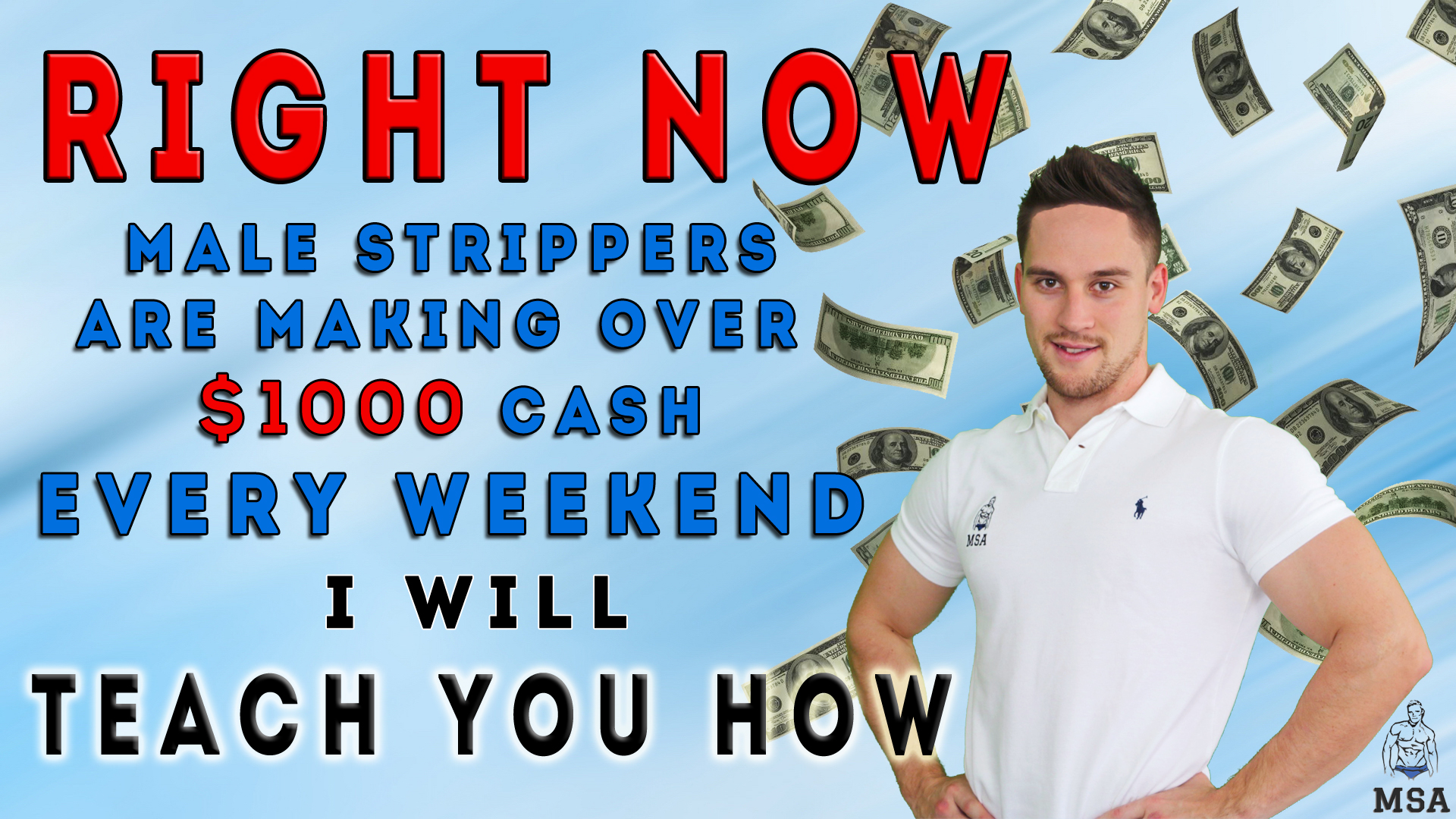 Demonstrating flexibility and rhythm from your hips is very pleasing to watch from a female audience’s perspective. Women will admire a man who can move his hips, as it will subconsciously suggest that you are good at having sex. Much of the pleasure given to a women during sex comes from a good base of hip movement and rhythm, so you can see how they make this comparison whilst watching you dance.

I would strongly suggest learning some latino dance basic’s, and applying it in a modern way by mixing the hip movement with more commercial hip hop dance moves.

Additionally, learn the importance of forward hip movement (hip thrusts). This is an especially important skill to lean for lap dancing, for a full detailed explanation of hip movement and hip thrust’s click here for our online course.

Finally, male strippers spend a lot of time dancing on the floor. Most people have seen many examples of this in the film “Magic Mike” where most of the main characters can be seen “humping” the floor of the stage.

Once again, it’s a very sexual movement that resembles the act of having sex, and many people refer to it as ‘having sex with the stage’. Regardless if you like watching this or not, It’s always been a huge crowd pleaser at male strip shows and club’s.

There’s a definite technique here, and one cannot simply just drop to the floor and start hip thrusting the stage, it has to look good.

The sexiest dancers will use a variety or different movements on the floor. So instead of thrusting the same spot 10 times, try spinning your self around the stage with your arms.

Adding in isolation will also show variety. A simple beginner move would be a full body roll (starting from the chest and ending at the hips) on the stage floor, followed by a couple of short sharp hip thrust’s (isolated to the hips only).

You can also do a reverse hip thrust, which will consist of both your hands and feet on the stage, but your hips facing the roof.

Once again it shows variety which is so important for floor work, remember the audience will get bored quickly if you keep doing the same thing over and over, so make sure you change up your angles, pace, body control and movement.

Those are some of the most important lesson’s I learn from the sexiest dancers I know. These tips greatly improved my audience connection, and I was able to achieve a far better response from women when doing my sexual dance moves. I hope you learnt a few interesting ways to improve your seductive dancing, and can incorporate them into your own show.