“The history of male stripping, how it began, and what made it a popular worldwide phenomenon can only be analysed by looking at a variety of key events, which helped shape the male stripping industry to what it is today.This article will reveal the beginnings of male stripping in a simple timeline.” When did male […] 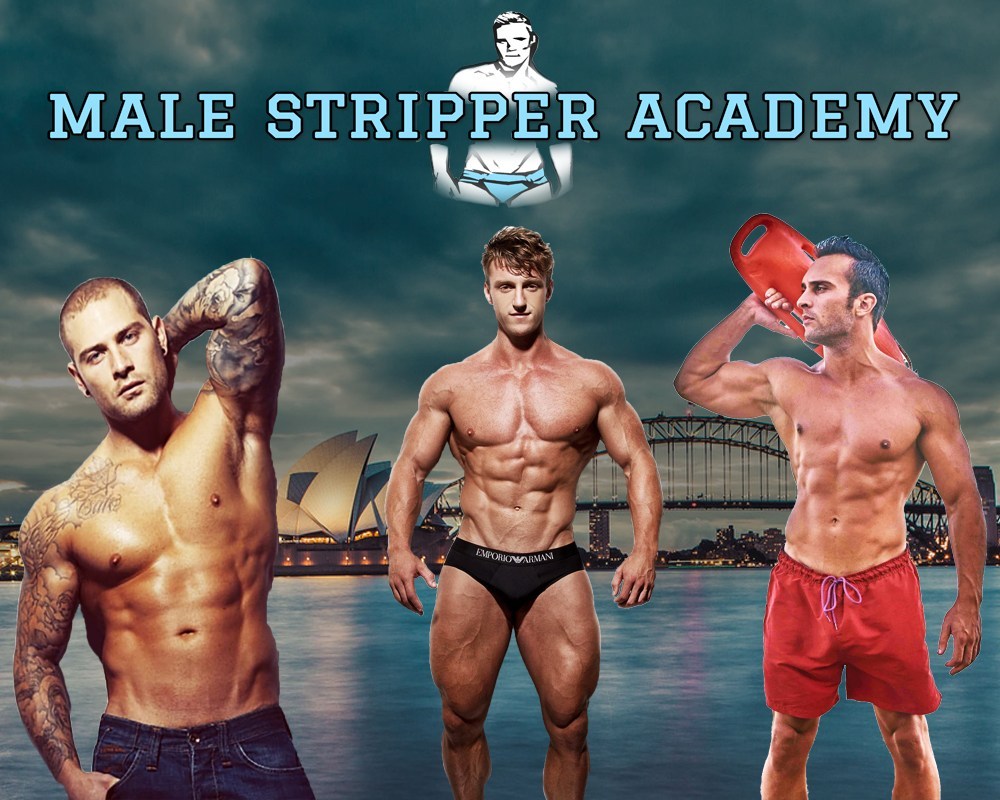 When did male stripping begin?
Male stripping was first established commercially in 1976 in Los Angeles, California.

The beginnings of male stripping…

This is by far the most important event in the history of male stripping. As far as my own personal research goes, there was no evidence of any kind of male stripping existing anywhere prior to this.
The closest type of performing you could relate this to was “go-go dancers” at gay clubs, especially in Europe in the 1900’s.
However this is definitely quite different to male stripping in most regards, and cannot be included in this article.

The first conception of having males dance in a club for a ‘women only’ audience was seen in a Los Angeles club called “Chippendales” (named after the same style of furniture that adorned the interior).
The club owners were ‘Somen Banerjee’ and young attorney ‘Bruce Nahin’.
However the initial idea of the ‘male revue’ was by ‘Paul Snider’, a shady former night-club manager from Canada who was working illegally in the US, with his high profile play-boy feature wife ‘Dorothy Stratten’.

Banerjee and Nahin later hired a well known New York based choreographer ‘Nick De Noia’ and turned the show into a more theatrical experience for the guest’s with a unique ‘hands-on’ element that had the nation’s women buzzing with excitement.

The southern U.S answer to the ‘Chippendales’ came shortly after in the form of a club called “LaBare” based in the city of Dallas, TX.

With a focus on more ‘rough’ and ‘rugged’ looking men, the club appealed to the cowboy loving women, as opposed to the ‘clean cut’ and model look of the Chippendales.

LaBare instantly became a massive hit with the women in Dallas, with many even selling their own car and other personal belongings to regularly visit the club!

Not long after male stripping had gained some popularity in the United States, thanks to a few feature news articles, magazine publications and Television exposure, it wasn’t long before a dedicated male strip club opened in Canada.

The club owner Mr. Delisle apparently visited a “Crazy Horse” establishment in Miami, and has the idea to open up a similar bar in Montreal to cater for women.

After hearing about the excitement of this new industry coming to life halfway across the world, the United Kingdom had its first male strip show open its doors in 1986.

Prior to 1990, male stripping was still relatively new, and didn’t receive any HUGE press in the U.S.A.
That was until Chippendale show owner Nahin and celebrity Swayze were discussing the possibility of doing a hilarious ‘Chippendale audition’ based skit on a popular comedy TV show named “Saturday Night Live” (which still airs to this day).

The idea came to life, and the comedy skit was a huge success, prompting male stripping to be thrust into the global spotlight.

Due to the high exposure from their SNL comedy TV appearance, the Chippendale’s were a global phenomenon.
They had to meet the demand of women worldwide and officially launched their first European tour in 1991, performing for thousands of women in over 10 different countries.

Australia’s first male strip show was created by entrepreneur and performer “Billy Cross” in a small nightclub in Surfers Paradise.

It featured a similar show that was on offer by the Chippendales, however it marketed its point of difference by being exclusively 100% Australian “beef”, meaning that they only employed Australian men.

Male Stripping had definitely gained more acceptance within society when it was reported that University of Quebec and Montreal (UQAM) had officially obtained the building housing “Le281” and allowed the venue to continue its business operations.

Male stripping increases in popularity around the world…

Prior to Hunk-O-Mania in NYC, there was a permanent Chippendales show regularly performing on weekends.
However the women of New York demanded a club environment, similar to that of LaBare in Dallas. A club that could be open most days of the week. As opposed to the more Broadway style of show that the Chippendale’s offered.
This is how Hunk-O-Mania was born, it was the “LaBare” of NYC.
Hunk-O-Mania later created a world first non monetary tipping system called “hunk bucks”, in which women exchange their real money for fake money and the entrance to the club. Using the fake money (hunk bucks), they are able to pay for lap dances.

Due to some amazing exposure they received on U.S television, whilst in the states touring their brand new ‘all australian experience’ show – they managed to lock in a contract with a Las Vegas Casino “Excalibur” to have a permanent residency in the showroom. A huge step forward for the Australian male stripping industry.

Manpower was really taking the U.S.A, and the world, by storm – as they had been performing their tour show for many years. radio, news, T.V, magazines, calendars and pop culture, Manpower was blowing up!

We jump forward 11 years, male strips shows have appeared all over the world, club’s opened in nearly every city and many popular touring male revues and established.

But little did we know that when the film “Magic Mike” was released, it would send women into a male stripping frenzy!
Soon, every women who saw the film wanted their own real life magic mike to strip for them at their birthday or bachelorette party.
The film created an international demand for male strippers, created thousands of jobs for men and boosted the male stripping industry to new heights as never seen before.
In 2012 most of the popular male revues had record breaking ticket sales that year.

Magic Mike Live at the Hard Rock Casino was the single biggest financial investment ever seen for a male revue in its beginnings.
Prior this this, most male revues (chippendales, manpower, etc) had started from small, humble beginnings and built up an empire.

Magic Mike Live used the popularity of the film’s franchise, and doubled down on it’s entrance into the industry. With a dedicated theatre built entirely for the show, it also offers a world first 360 degree stage for it’s male revue.

Such a large investment into the show can only mean that male stripping is here to stay, and as far as the show investors as concerned, it’s an established industry with a very high market demand.