Male strippers will quite often find themselves talking to the customers after the show. Usually these situations end up in a game of ’20 questions’ directed at us. Sometime we get asked unusual questions, but more often than not, there is a common trend in the popular ones. Below I will share with you the […] 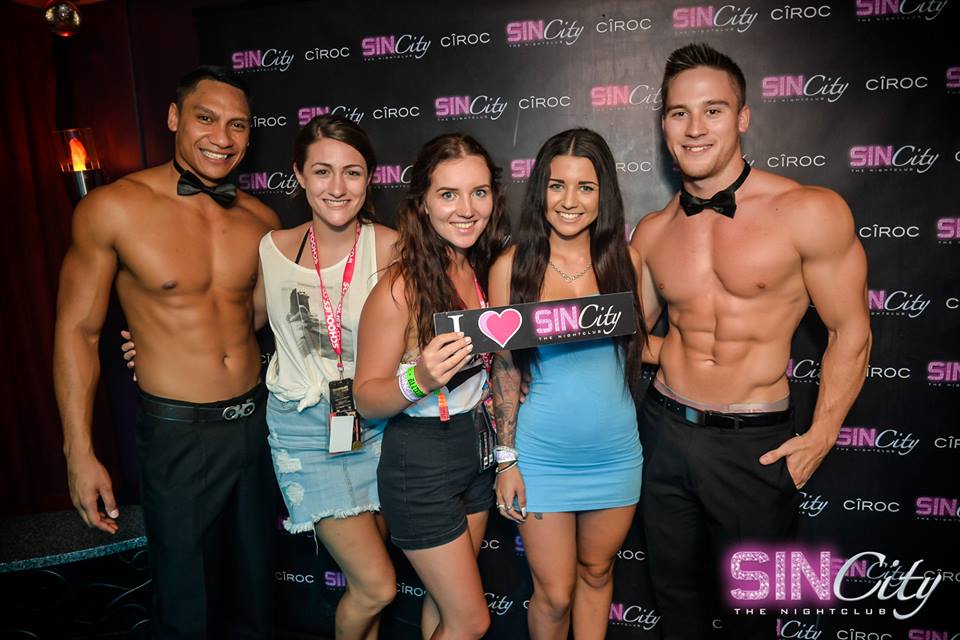 Male strippers will quite often find themselves talking to the customers after the show. Usually these situations end up in a game of ’20 questions’ directed at us. Sometime we get asked unusual questions, but more often than not, there is a common trend in the popular ones.

Below I will share with you the questions myself and my fellow male strippers have been asked over the years. These are the questions that are mentioned without fail every time a conversation is sparked.

Around the world, every male stripper will tell you this is by far the most common question we get asked. I can’t speak for any other strippers, but I can tell you I’m sick to death of hearing it, and a little vein my brain explodes every time they say it.

Girls tend to think we live some fantasy life that is fabricated from the darkest and naughtiest parts of their imagination.

During my whole career as a male stripper, I can barely think of a single gay male stripper that I have met. 99% of male strippers are straight, love women and are actually (contrary to popular belief) pretty normal people.

We live normal lives when we are not working, most of us have day jobs and some even have families. Girls tend to think we live some fantasy life that is fabricated from the darkest and naughtiest parts of their imagination.

I think we get generalised with the same stereotype that male dancers have to deal with on a daily basis. It seems as though if your a man, you can dance (and god forbid if your good looking also) the logic these days is ‘you must be gay’.

I think it’s sad when women assume your not a straight male if you demonstrate dancing ability. Or maybe its the fact we sometimes wear a g-string, which by the way, is only because women request it. Not because we enjoy wearing it (which we certainly don’t).

2. You must sleep with a different woman every night?

Well, the answer to this question will really vary between each male stripper.

Typically, when a young guy becomes a male stripper, they experience what we like to call ‘The virgin phase’. This is when they take advantage of their job ‘persona’ and literally sleep with nearly every women that lays eyes on them.

(Do you want to learn the art of male stripping? Click above to get my beginners guide)

I’ve seen guys in this phase for years and some male strippers never grow out of it.

But for the most part, we usually get over this phase, and start to place an emphasis on making money and focusing on other areas of our life.

Regardless of our answer on this topic, women will always assume we are total ‘players’ who are only interested in one thing – sex.

This may certainly be the case for some male strippers out there, but for those who aren’t, it’s unfortunate. And It’s a stereo type thats hard for females to see past.

I don’t blame the girls for thinking this way, after all, we are getting crazy amounts of attention from very aroused women. You would expect men to act like men and ‘go get it’. But just remember, those who have been in this industry for a long time, really couldn’t care less. 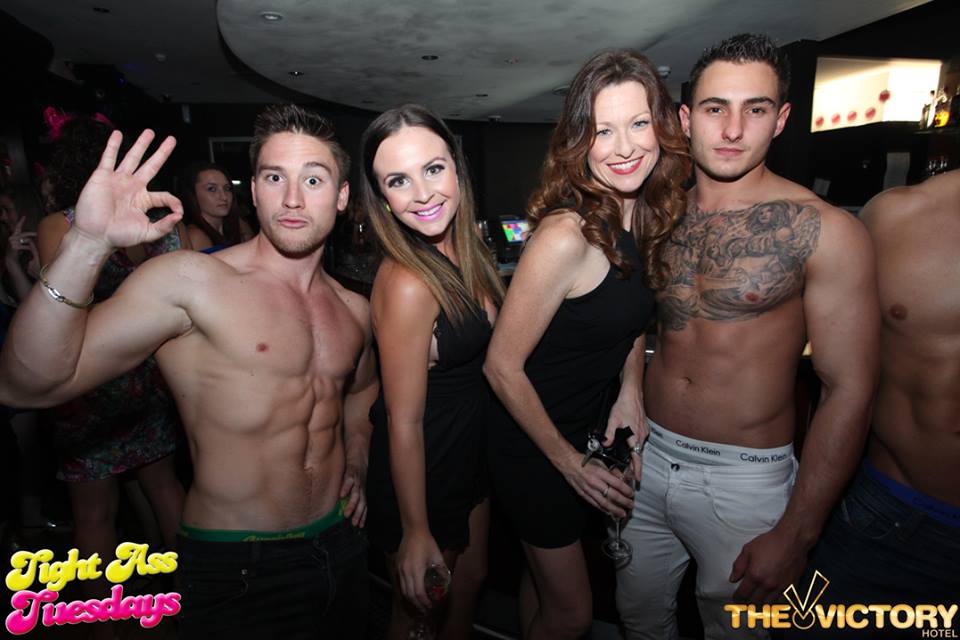 Like I’ve said previously, the majority of male strippers will have a week day job.

I think women get a little shocked to hear some of the responses i’ve heard of the years from fellow strippers, such as: Bank manager, accountant, personal trainer, builder, stunt man, dental assistant, IT consultant, Uber driver and so forth.

As you can see, many male strippers have a diverse background, and some of us are highly educated. After all, you can only do male stripping for as long as you look good, so theres always going to be a point in the future where you will need other skills.

Many people have the opinion that male stripping isn’t a ‘real job’, that’s totally fine with us, we will just keep making money, and loving our life.

To be perfectly honest, i’m not sure I can give you an explanation as to why most women think we are part time drug dealers. What I can tell you is my experiences with this.

Have I met male strippers that do recreational drugs? Yes of course. Nearly everybody knows someone who smokes weed or snort’s a little cocaine.

Have I ever seen or known any male strippers to sell drugs on the job? No, I’ve never seen or heard this happening in the 8 years+ i’ve been in this industry.

All male strippers will tell you thats it’s just not worth it. If word gets out to our booking agencies or club owners, we would loose our job and our reputation would be ruined.

We already make fantastic money doing what we love, and there’s literally no point in risking a good situation to make a little extra cash.

From my experiences with female strippers, I can tell you many do sell drugs to their clients. However what people need to realise is that the female and male stripping industry’s are very different, so the two can’t be compared as the same.

Yet another question about drugs! It’s not me I swear, I’m just letting you know what women ask all the time!

It seems (in my experience at least) lot’s parties I dance at, the women are using recreational drugs. This really isn’t my cup of tea, but it’s not my place to tell them what to do. I just do the show to the best of my ability.

However, when asked if they can do drugs off your body, a male stripper has every right to say no.

I personally don’t do it, because if anything is caught on camera, once again, my reputation would be destroyed. You have to be so careful and diligent in this day and age of social media.

But… I must admit I’ve met plenty of male strippers who gladly charge extra for the ‘service’.

Many times the stripper will tell the girls ‘yes, but… only if I can keep the note’. So for instance, if they were wanting to snort cocaine off the male strippers chest (which is usually what they always ask) they will roll up some paper money to use as a straw to sniff the drugs.

After all this the stripper gets to keep the note (the USA strippers usually ask for a $5 bill or more). 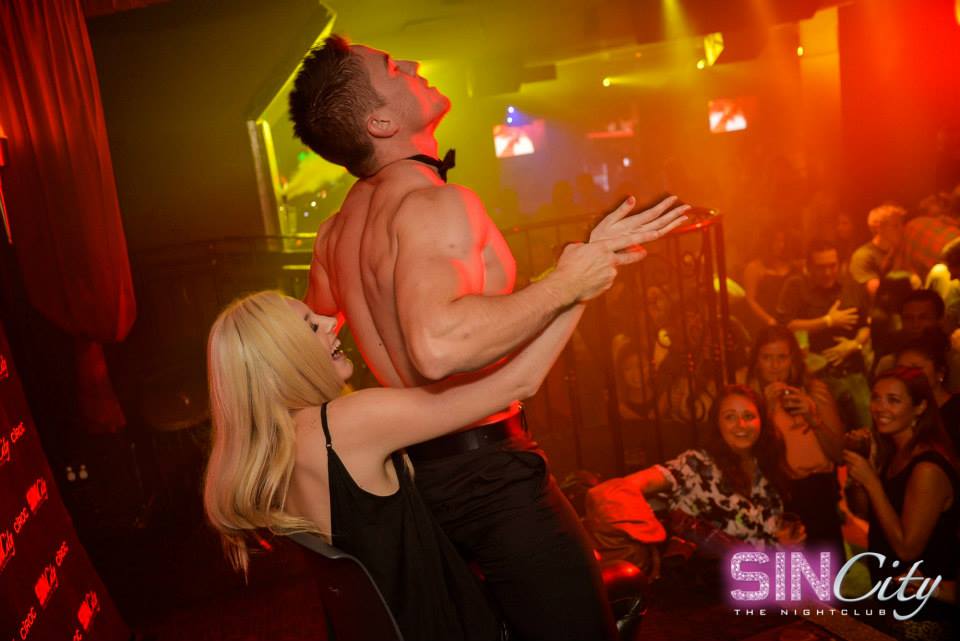 So there you have it! That’s the 5 most popular questions male strippers get asked.

Not what you expected? Let me know what you thought about the questions, or let us know if YOU have a question you would like to ask!

Tommy is an internationally recognised male entertainer, with experience performing in country’s all over the world. His online courses in male stripping have helped men become better male strippers and have become a recognised qualification by many agency’s and shows around the globe.
Subscribe